Tech You Must Consider To Buy In 2017

Female Programmers Are On The Rise

How did the Byzantine Empire get its name?

Where was the Byzantine Empire?

The Byzantine Empire, to its fullest extent,  covered most of the land around the Mediterranean, including modern-day Italy, Greece, Turkey, and parts of North Africa and the Middle East. It peaked in  the 6th century under  Justinian I, but declined significantly in the 11th century after internal conflicts and aggression by outsiders, including the Seljuk Empire and the Normans.

Did the Byzantine Empire practice Christianity?

Citizens of the Byzantine Empire were as strongly identified as Christians as they were identified as Romans. The emperor wanted to unite the empire under one belief, recognized Christianity as the state religion, and gave the church  political and legal power. Under some emperors, pagans were ordered to attend church and be baptized, and Jews and Samaritans were forbidden to receive dowry or inheritance unless  converted.

How was the Byzantine Empire different from the Roman Empire? 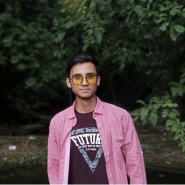 Why I Switched To Professional Camera

All About Drones In Photography

Is BASS So Important Choosing An Audio Headset?

Tech You Must Consider To Buy In 2017

Female Programmers Are On The Rise